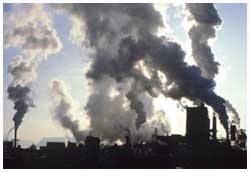 1. Michael Bender, Mercury Policy Project, telephone # +01 802-223-9000, e-mail: This email address is being protected from spambots. You need JavaScript enabled to view it.

2. วลัยพร มุขสุวรรณ, กลุ่มศึกษาและรณรงค์มลภาวะอุตสาหกรรม email: This email address is being protected from spambots. You need JavaScript enabled to view it.

Feb. 4, 2009; [Bangkok/Thailand] - A new study released today around the world shows that the burning of mercury-added products contributes upwards of 200 tons of mercury to the atmosphere every year

"Based on this report’s findings, we believe it is important to recognize that the burning of products containing mercury is much more significant than previously suspected," said Michael Bender, director of the Mercury Policy Project. "Our review shows that burning mercury product wastes contributes at least two times more mercury emissions to the global atmosphere than previously thought."

"The report underscores the harmful environmental and health impacts posed by incineration or burning. It is time to recognize that combustion of mercury-added products in incinerators, landfill fires and open burning of domestic waste is a significant contributor of mercury and other toxics to both local and global ecosystems," said Penchom Saetang of Campaign for Alternative Industry Network (CAIN), an industrial pollution public organization based in Bangkok.

Globally, the report shows that the main sources of air emissions from the burning of mercury-added products in waste such as fluorescent light bulbs, mercury thermometers, not including manufacturing waste disposal, are as follows:

Similar studies have estimated mercury releases to air from the combustion of wastes and products containing mercury, however, these studies did not look carefully at the substantial emissions contributed by landfill fires and open burning of domestic waste.

"We urge countries to take immediate steps to stop incineration as a method of waste disposal, including mercury burning practices, and move expeditiously towards safe, just, sustainable and more environmentally-sound alternatives," said Walaiporn Mooksuwan of CAIN.

The report shows the magnitude of emissions in East and Southeast Asia (and South Asia to a lesser extent) due to landfill fires and open burning of domestic waste. These observations, the study notes, reflect a combination of significant open burning, especially in rural areas, a large quantity of products containing mercury in the region, and very low recycling rates.

Formal incineration of municipal waste is not common in most countries in Asia, noted the study. The generation of large volumes of waste, the relatively high use and disposal of mercury-added products, and the incineration in Japan of a very high percentage of its waste explain the magnitude of regional atmospheric mercury emissions from incineration.

The report recommends that, at the upcoming February meeting in Nairobi, of the United Nations Environment Programme (UNEP), establish an Intergovernmental Negotiating Committee for the purpose of negotiating a free-standing legally binding instrument on mercury.

In the interim period before such an instrument becomes effective, the report recommends to UNEP to take the following action:

1. Michael Bender, Mercury Policy Project, telephone # +01 802-223-9000, e-mail: This email address is being protected from spambots. You need JavaScript enabled to view it.

2. Penchom Saetang, Campaign for Alternative Industry Network, email: This email address is being protected from spambots. You need JavaScript enabled to view it.

The report "Mercury Rising: Reducing Global Emissions from Burning Mercury-Added Products" is available at [PLEASE PUT THE URL OF YOUR WEBSITE WHERE THE REPORT CAN BE ACCESSED]